Peanut Butter Gamer (aka PBG, real name Austin Hargrave) is a YouTuber and the star of The Peanut Butter Gamer Show. He is a huge fan of The Legend of Zelda, and has dedicated an entire month to the series. He is a member, and founder of NormalBoots alongside JonTron. PBG began making videos for ScrewAttack in 2010 as a community member but quickly became popular enough to quit his job and make YouTube videos full time.

Austin originally started his show while living in Dallas, Texas. As well as starting his own videos, he also made a minor appearance in ScrewAttack's Metal Gear Ben. Since then, he has moved house 7 times, and currently lives in Mills Creek, Washington. PBG is currently married to his wife Danielle, also known as Unicornism, who is an artist. The pair live with their pet dogs and ferrets.

As of April 2018, his primary YouTube channel has about 2 million subscribers, and his secondary channel, PBGGameplay has about 800,000 subscribers. His Twitter account, @peanutbuttergmr, currently has over 300,000 followers. 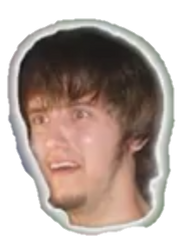 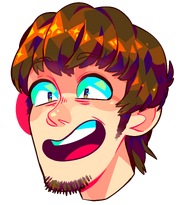 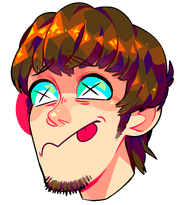 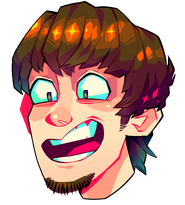 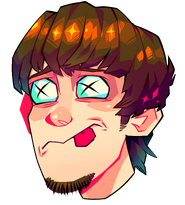 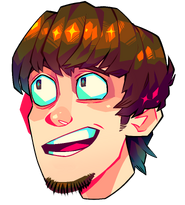 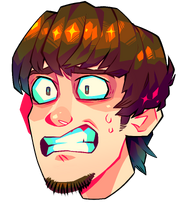 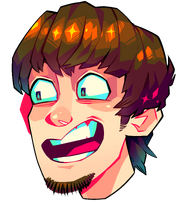 An alternate version of PBG's current Hardcore icon.
Add a photo to this gallery
Retrieved from "https://peanut-butter-gamer.fandom.com/wiki/Austin_Hargrave?oldid=13505"
Community content is available under CC-BY-SA unless otherwise noted.