SpaceHamster, a.k.a. Jeff, is the editor of PBGGameplay, and a friend of Peanut Butter Gamer. He has his own YouTube channel and he co-stars with PBG in PB&Jeff. SpaceHamster is one of the members of Hidden Block.

He has over 400 videos uploaded, with most of them being old Lets Plays and Terraria videos. He switched to reviews later, and all of his reviews are marked as "SpaceHamster Originals"

PBG tries to bribe Brutalmoose and Jeff to play Link The Faces of Evil (CDI) for him. Jeff reluctantly agrees.

PBG, Jeff and Jirard all play Dungeon Defenders 2 and Orcs Must Die together.

PBG, Jeff and Brutalmoose derp around in Mount & Blade .

PBG askes Jeff if he "wants to 'sploon'" in his Splatoon review.

Jeff is one of the competitors in the Mount & Blade Napoleonic Wars Hardcore .

All of the PB&Jeff episodes, obviously, as Jeff is the co-host.

In PBG’s series, “Hardcore,” Jeff started out as a guest for the series before being promoted to a regular alongside PBG, McJones, Dean, and Barry. While he can be as silly as PBG (being described as “bonkers” in his Minecraft Hardcore Season 5 bio), he knows when a situation becomes serious and to stop goofing off. He is a competent player and fighter, being one of the last members to die in every season he’s appeared in (bar Terraria Hardcore Season 3 and Starbound Hardcore). He also has a knack in improving the team’s base, as seen in Terraria Hardcore Season 3 and Minecraft Hardcore Season 6. This, however, often leads to the other having more defense than him.

SpaceHamster is first mentioned in Top 10 Secret Ghost Easter Eggs , where he lies to PBG about seeing a ghost in Hillside in Chivalry.

SpaceHamster is one of the Mii friends PBG makes in Tomodachi Life .

PBG constantly mentions Jeff during many of the gameplay series he makes, as Jeff is the editor. Especially during Sucking At , as PBG constantly tells Jeff not to add something to the video when he stuffs up. 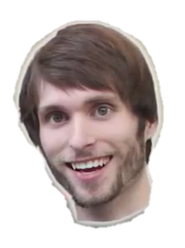 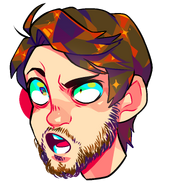 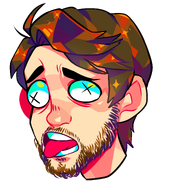 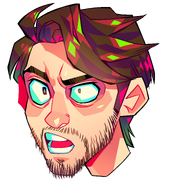 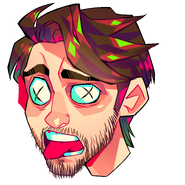 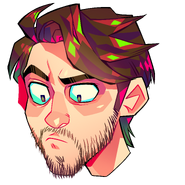 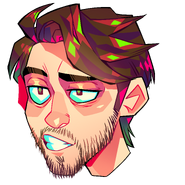 Jeff's current impressed Hardcore icon.
Add a photo to this gallery
Retrieved from "https://peanut-butter-gamer.fandom.com/wiki/Jeff_Fabre?oldid=14352"
Community content is available under CC-BY-SA unless otherwise noted.